We’ve examined the importance of fire extinguishers in a few of our posts up to this point. Last week’s Kitchen Security Measures for Your Home showed how adding extinguishers to especially vulnerable areas of your home can help improve fire safety. In that post, we also briefly touched on the idea that different extinguishers fight different types of fires. Extinguishers are grouped into “classes” that coincide with the type, or “class,” or fires they are meant to extinguish. In this week’s post, we dive into fully explaining the various fire extinguisher classes. Furthermore, we will also share some basic “best practices” for fire extinguisher use and maintenance. 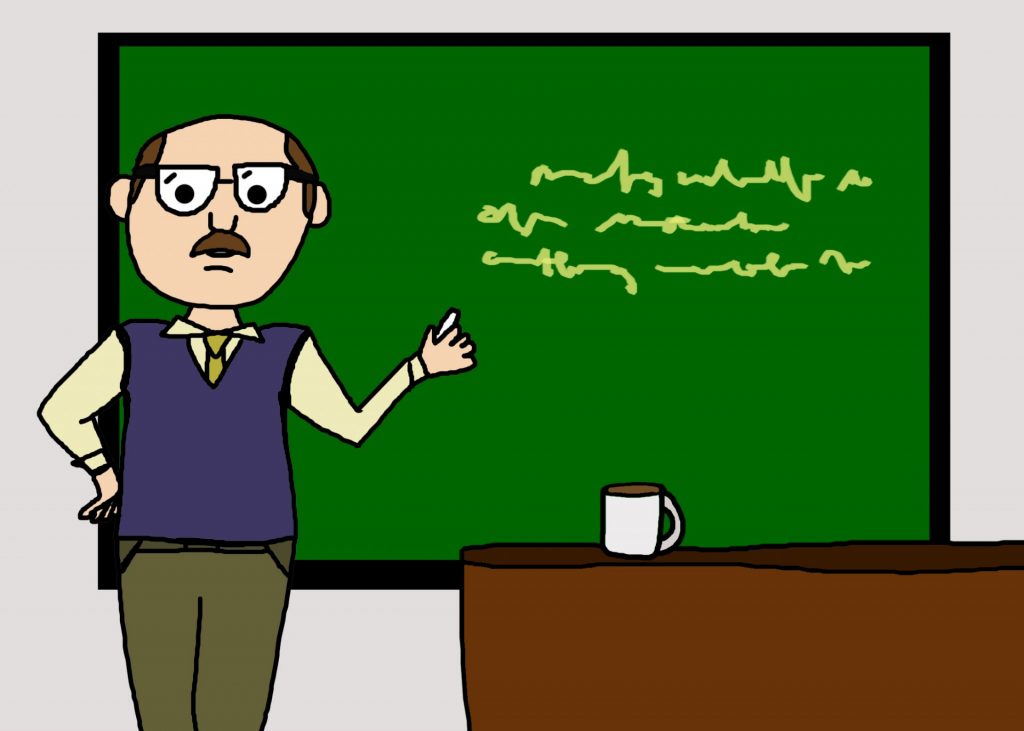 Studying up on the different classes of fire can help you pick the right types of extinguishers for your own application.

Getting Educated About Fire Designations

One of the most important steps in selecting the right fire extinguisher classes for your application involves identifying the most likely type of fire you could experience. The cause of a fire greatly determines the best course of action in fighting it. Let’s take a look at the five different fire designations. From there, we’ll take a look at the best type of extinguisher to fight each type of fire.

This class of fire involves flammable solids. Wood, paper, cloth, and rubber catching fire would all constitute a fire of this class. For example, a campfire is a common example of a Class A fire. Lightning strikes and fallen candles provide example of inadvertent Class A fires. Water provides a perfect solution to this class of fire. Later on, we’ll also examine types of extinguishers that can douse a Class A blaze. For now, let’s look at another common type of fire.

The next class of fires get their fuel from flammable or combustible liquids. For example, oil, gasoline, paint, and propane could all start a Class B fire. However, cooking oil or grease fires do not generally fit into this category. We’ll get into those specific exceptions a bit later. These fires will spread if you pour water on them, so we encourage smothering them instead. Of course, if available, using the proper extinguisher to fight these fires is always preferable. Now, let’s take a closer look at another common fire designation.

Energized electrical fires make up the Class C fire designation. What do we mean by an “energized” electrical fire? We’re glad you asked! This means that the source of a fire must have an active source of electrical power. For example, a computer plugged into an outlet would create this type of fire if it catches flame. However, an unplugged computer would create a Class A fire if set ablaze. Old wiring and frayed cords may start a Class C fire. If possible, we recommend removing power to the device in question to combat this type of blaze. As with the other fires listed here, specific types of extinguishers can also do the job. Now, let’s take a look at a far less common type of fire than the ones discussed thus far.

One of the rarest types of fires, Class D fires involve the ignition of metals. Most Class D fires involve magnesium or titanium. However, aluminum and sodium are also to blame for some of these fires as well. Class D fires rarely take place in homes. Instead, industrial environments where employees carry out metal work make the most likely scene for these fires. The specific extinguisher designed for this type of fire makes up the best solution if one does occur. Let’s take a look at the last fire designation, then look at the fire extinguisher classes that fight each of these types of fires. 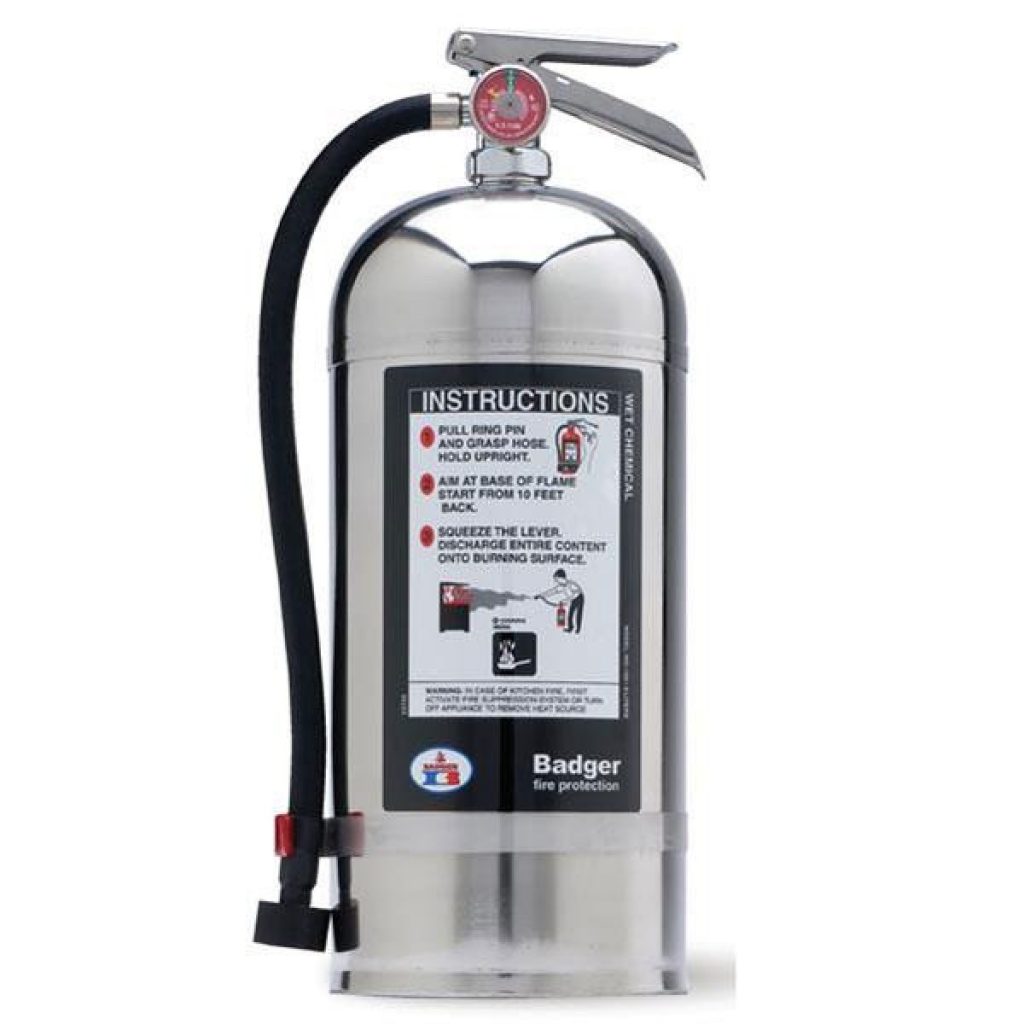 Class K extinguishers, such as this one made by Badger, can douse tricky kitchen fires that no other type of extinguisher could extinguish.

The last class of fire relates to blazes involving cooking oils, grease, or animal fat. You may remember that even though Class B fires include most liquids, cooking-related liquids were left out. That’s because Class K fires encompass these kitchen-related incidents. Since these fires often start in pans, turning off the pan’s heating source (stove, oven, grill, etc.) and removing the pan can help combat these fires. As with every other type of fire on this list, using the proper extinguisher can help as well. With that, let’s take a closer look at some individual fire extinguisher classes.

Types of Extinguishers and Their Uses

The last two types of fires, Class D and Class K, require extinguishers built specifically for fighting them. Class D extinguishers use a dry powder to get the job done. This powder works only on class D fires involving metals. Finally, Class K extinguishers fight those fires started by grease, animal fat, or cooking oils. For this reason, you’ll most likely find them in restaurants. These extinguishers usually have a wet chemical in them designed specifically to fight the rapid pace with which Class K fires spread. In fact, the agent contained in Class K extinguishers turns the oil and fat that fuels Class K fires into soap or a foam. This transition is known as “saponification.” As you can see, fighting unique fires requires fire extinguishers classes with unique attributes! Now, let’s share some general tips regarding extinguisher use and maintenance.

Memorizing the steps of the “PASS” acronym can help you use a fire extinguisher properly if the need ever arises.

Of course, choosing the right extinguisher only goes so far. Improper use or maintenance of these fire-fighting devices can cause them to fail when you need them most. For starters, many people think standing right in front of a fire while using an extinguisher provides the best chance of success. In fact, doing so will only utilize a small fraction of an extinguisher’s fan-like spray pattern. Instead, fire the extinguisher from 6-10 feet away. This allows the most effective amount of solution to strike the target.

Choosing the Right Fire Classes for Your Application