Nothing frustrates alarm customers more than having security system issues that create a constant nuisance. In last week’s post, we dove into Diagnosing Security System Trouble Signals on a Concord Panel. This week, we apply the same treatment to the NX-8 panel, another one of our most popular alarm systems. The Interlogix NX-8 panel uses the same exact sensors and contacts as the Concord panel. The keypad option that we installed with this system — the “148E” LCD keypad, looks nearly identical. The user interface for diagnosing trouble conditions, however, differs greatly from that of the Concord system.

In this post, we examine security system troubleshooting for the NX-8 panel. Once your alarm starts beeping, you’ll want to know exactly how to proceed in order to fix the issue. Therefore, we’ll begin with a look at how to diagnose any trouble signals stemming from your alarm. From there, we’ll discuss some of the most frequent issues that arise on this particular alarm panel. In addition to knowing what your alarm’s trouble alert means, you’ll want to know how to fix it. Occasionally, you won’t need to take any action other than acknowledging a past issue with your alarm. More frequently, you’ll need to take some simple corrective action. In some cases, the issue will require a service call from a technician to resolve. For starters, let’s break down how to acknowledge your alarm system’s “trouble status” and go from there. 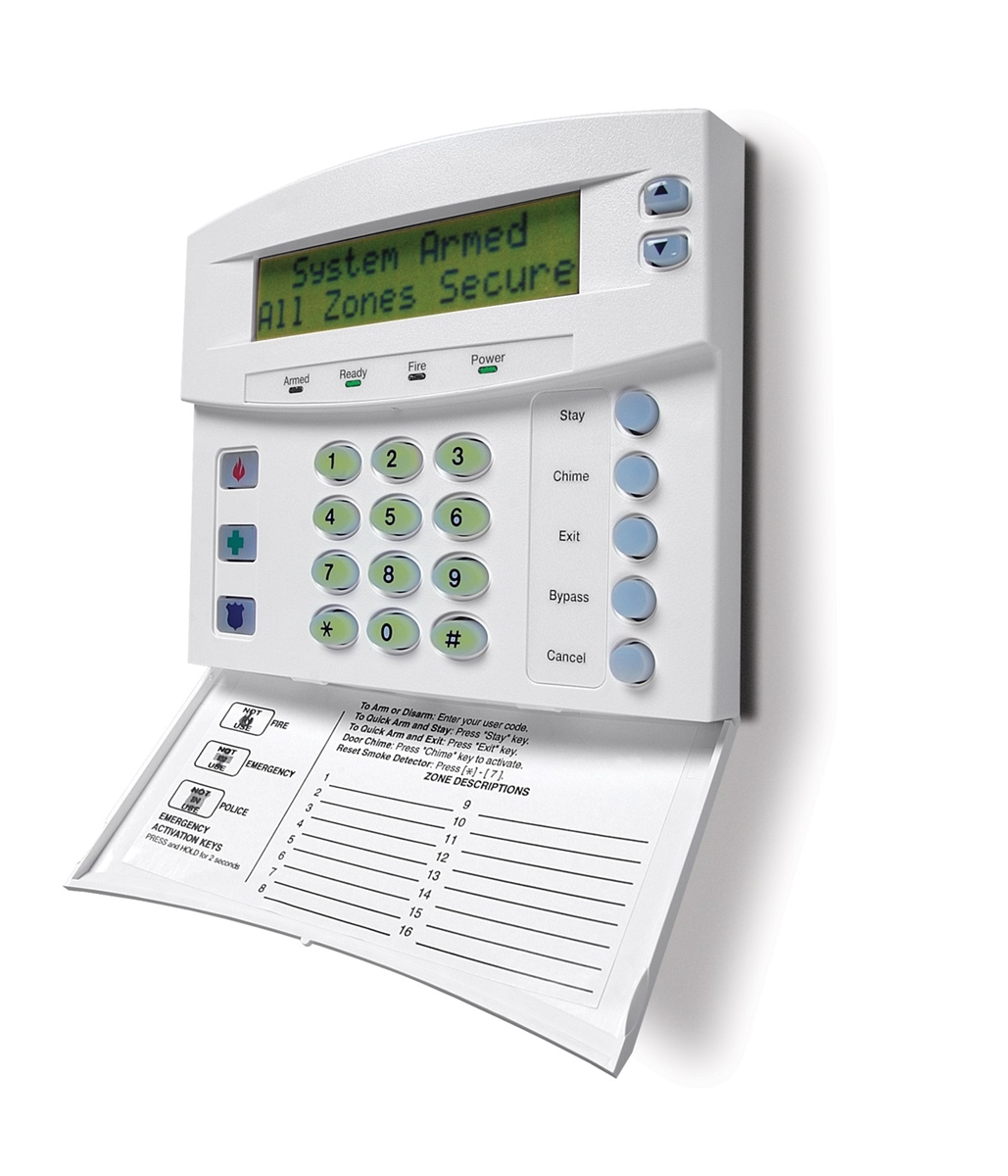 The NX-8 system keypad generally displays a message communicating its “arming status.” For example, an armed system could display “System Armed. All Points Secure.” A disarmed system generally reads “System Ready. Type Code to Arm.” However, occasionally your keypad will read “System not Ready, for Help Press →.” The arrow on this message points to the “down arrow” key on the top right of the keypad.  You must hit this button to prompt a system status display. Occasionally, this screen is introduced by a “beeping” sound to prompt you to check the system status.

As you can likely guess, you should start your security system troubleshooting by pressing this button and reading the new status. The nature of the message displayed will help you figure out how to restore your “System Ready” display. At this point, you’ve completed your “first steps” and must determine your next steps. Just as we did in our post last week, we’ll break down some different types of trouble messages. In some cases, the system status doesn’t indicate a true “trouble” signal at all. Let’s look at some examples of security system statuses that do not warrant any additional action.

Trouble Signals that You Can Acknowledge and Ignore

Just as with the Concord panel, some of the issues that require reading through on an NX-8 panel do not indicate ongoing problems. Leaving a contacted door or window open, for example, will prompt a “Zone Fault” on the open door or window. Unless you plan on arming the system, you do not need to take any action at this point. Furthermore, old alarm messages stored in memory do not require any action further than restoring your alarm status. These could include alarm events such as an alarm caused by a door sensor or motion detector. Once you read the status updates associated with these issues, they often disappear on their own.

In addition to storing alarm events, the NX-8 panel also displays system zone updates in memory.  They could also include old status updates regarding system sensor troubles, such as a “Sensor Tamper” message caused by removing the cover of a sensor. Changing a sensor’s battery, for example, would create a “Sensor Tamper” alert in the alarm’s memory for the affected sensor. If you see one of these messages and expect that it’s an old status rather than a current one, follow the steps in the next section to attempt to clear the alarm’s memory. If that fails, you may need to call us for technical assistance.

Ignoring or Restoring Your Alarm Status After Troubleshooting

Your first goal in security system troubleshooting generally lies in getting your alarm to return to silence. To silence your alarm, simply enter your code while it is beeping. This allows you to attempt other troubleshooting measures in peace and quiet. After silencing your alarm, you’ll likely want to reset its memory, which may solve your issue altogether.

As mentioned earlier, certain security status message simply indicate an old status stored in memory. Rebooting your alarm’s memory can eliminate these messages and return your system’s “Ready to Arm” status. To reset your alarm’s memory, first disarm your system if it is currently armed. After completing this step, press the “asterisk” key (*) followed by the “7” key. At this point, your keypad should stay silent and your alarm memory should reset. If the keypad beeps immediately after attempting these steps, it means that the reset did not properly execute. In this case, try the same steps a few minutes later. If several attempts at a reset fail, call your security provider to straighten the issue out. 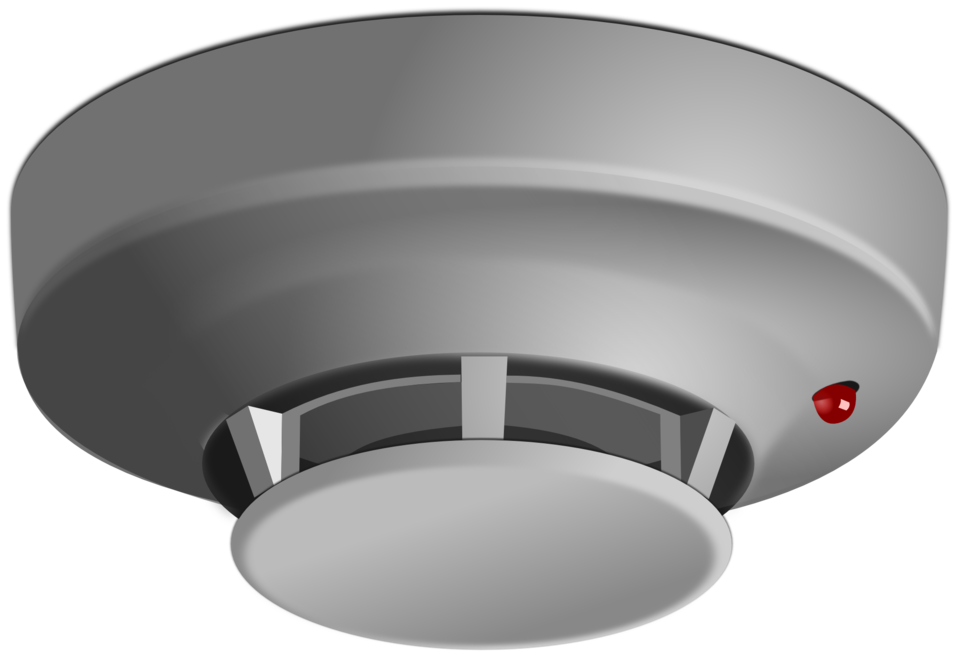 The NX-8 panel has a separate light dedicated solely to communicating status updates regarding smoke detectors connected to the alarm.

The NX-8 panel has a dedicated “Fire” light that flashes when a fire zone is in trouble. In addition, your system will “pulse” with quick beeping noises to alert you to the issue. Similar to burglar-related alarm status updates, some of these issues are simply old messages stored in the alarm’s memory. This exact scenario happens every time a fire device sounds. A “Fire Alarm” event indicates a smoke detector (or detectors) having been activated at some point in the past. If you have detector activate recently, follow the “system reset” procedure to reset the detector(s). Most fire trouble messages, in fact, can be cleared with a reset.

A “Fire Zone Tamper” indicates that someone has taken the cover off of a fire detector. As long as you replace the cover, a memory reset should resolve this issue. A “Loss of Supervision” on a smoke detector can prove more tricky. This means that the panel has stopped recognizing one of the fire detection devices in the field. If resetting the panel does not clear this issue, you will likely need a technician to troubleshoot. Let’s look at some more non-fire related issues that may require troubleshooting.

The NX-8 has many more potential trouble statuses than the Concord 4 panel, so we will not list every possible message. However, we will detail some of the most prominent statuses that indicate the need to take action. Popular status updates that fit in this category include “Control Low Battery” and “Sensor Low Battery” messages. As you can probably guess, your security system troubleshooting here consists of changing out either your alarm panel’s backup battery or the battery in the listed wireless contact. After completing this task, you may need to perform the system reset described above to clear the “Low Battery” message.

In addition, “Control Power Trouble” and “Control Phone Trouble” messages may also require your intervention to address. Check to see that the system’s transformer is plugged into a working outlet to address the former message. (Of course, if your power is out then you already know the cause of the issue.) For the latter, ensure that your alarm’s connection to the phone jack next to or inside of it remains secure. If there is nothing you can do to improve this connection, you are likely experiencing a phone issue in your area. Check your other household phones to verify this. In either case, silencing the alarm with your code will allow you to live in peace until the larger issue at fault is resolved. 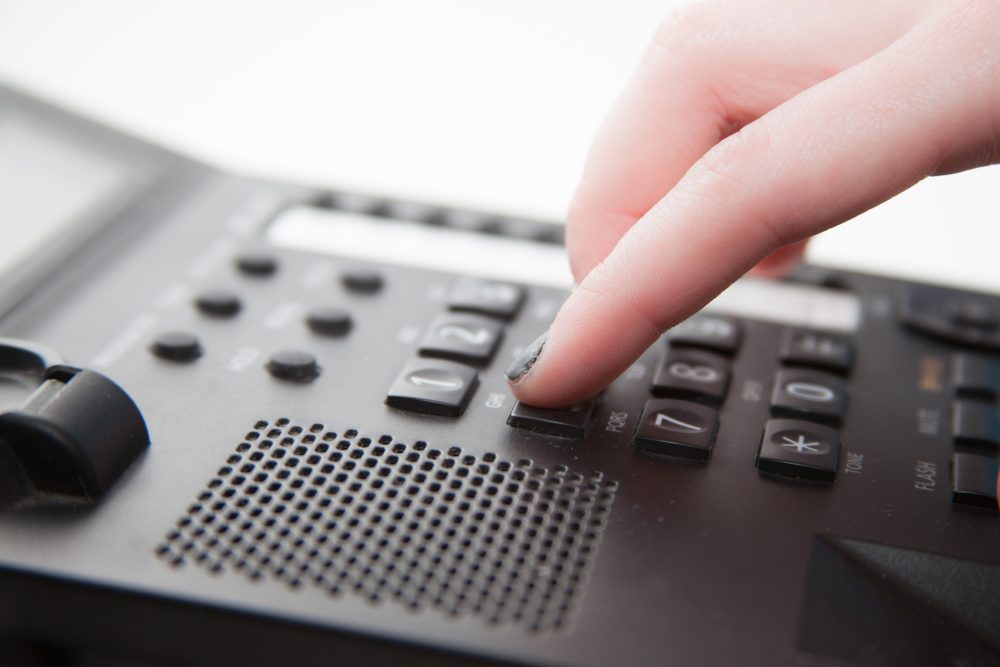 In some cases, a trouble signal generated by your alarm requires a service call from a technician to solve. ListshackCC BY 2.0Photo Credit: on Flickr. Used under the License.

Knowing When it’s Time to Call a Technician

Aside from the types of trouble statuses described above, many of the messages your keypad displays are best remedied by calling your alarm company. Most of these issues relate to power issues within the panel itself. Examples of these messages include “Control Ground Fault,” Control Over-Current,” “Expansion Over-Current,” and “Zone Lost.” The first three of these issues indicate electrical issues that require a technician to troubleshoot. The last status indicates that a sensor that used to be on the system can no longer be found by the panel. The words “fault” and “current” are good indicators that you will need to have a technician look at your alarm.

Additionally, we can help you resolve some issues over the phone. A “Control Loss of Time” status, for example, means that your panel needs a date and time reset. This issue can potentially be addressed over the phone with the help of a technician. While most of these issues require a technician physically addressing the problem, a few of them may be solved by walking through a few programming steps remotely.

Putting it All Together for Successful Security System Troubleshooting

If you own a Networx NX-8 panel, we hope this post has helped you understand how to troubleshoot your alarm. Compared to the Concord 4 panel that we discussed last week, we find that the NX-8 provides many additional features. This panel has more onboard power and far more programming menus and options than its Concord counterpart. However, users often find security system troubleshooting a little less intuitive as a result.

If you have any questions about the information in this post, or if you find yourself looking for help troubleshooting your own NX-8 system, please do not hesitate to contact us. We will be happy to answer any questions regarding this system, or with whatever alarm system you happen to have. Next week, we will conclude our posts focusing on security system troubleshooting. Come back then to read about troubleshooting the QOLSYS IQ Panel 2, one of the most modern and popular alarm panels on the market today.