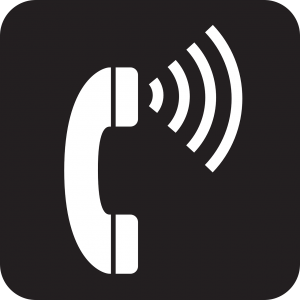 While the price tag makes these options attractive to buyers, our installers at Northeast Security Solutions have always recommended a traditional land line or a dedicated cellular dialer for communication between a burglar or fire alarm system and a central station. A recent nationwide incident involving Comcast customers with security systems recently brought this issue into the light. Here we will investigate why this complication may have occurred and what types of options are out there for security system owners to ensure that their systems can send signals when their property or even lives may be at stake.

How Do Comcast or Similar Phone Services Differ from a Land Line?

The two most popular phone services right now are the traditional land line and voice over IP (or Internet Protocol). An “old-fashioned” land line is often referred to as POTS (or Plain Old Telephone Service) and the voice over IP option is typically called “VoIP.”A POTS line communicates directly from hardwired phone jacks in your house to your local phone company’s switch. A VoIP call, on the other hand, uses public and private internet networks to send data. Cisco includes this explanation on their website: “With VoIP, analog voice calls are converted into packets of data. The packets travel like any other type of data, such as e-mail, over the public Internet and/or any private Internet Protocol (IP) network.” While this type of system is usually dependable, high internet or network traffic can sometimes interfere with phone calls when networks are busy.

Complications with Comcast and Other VoIP Providers

While all companies offering VoIP phone service use the internet to make phone calls, not all providers are created equal. Companies such as Vonage and Magicjack use the internet to mimic a phone line without decoding packets of information, which can create echo, frequency shifts or timing errors. While this may be okay during a phone call, alarm systems require a much more accurate signal to be sent to a central station. Alarm signals are very precise signals with specific timing between pulses and frequencies. A land line can deliver these signals to a central station without any interruption. However, central stations are not able to interpret the alarm signal sent over a cheaper VoIP phone system if packets get sent over different routes and arrive out of order.

Unlike their dirt-cheap competitors, Comcast, Charter, and Verizon VoIP systems usually send information packets through their own facilities. This allows them to keep the timing and frequency of signals intact. These packets are then sent out looking the same way they were sent, allowing the central station to understand the signal. However, in late March many security system customers were sent a letter or email from their central station including a statement such as this one from the Rapid Response central station in Syracuse, NY:

On or about late Thursday, March 26th / early Friday, March 27th dial up systems routing through Comcast across the United States began having extreme difficulty communicating correctly to central stations. These issues have resulted in signals not being fully transmitted or not transmitted correctly to the receiving monitoring centers.

Rapid Response has noted these communication issues on accounts monitored by our monitoring centers and has been in communication with Comcast at all levels. However, Comcast has been unwilling to acknowledge or resolve this national issue.

This issue was that Comcast and others started outsourcing some of their traffic to another Telco provider that was using the internet to provide phone service. In other words, Comcast was hiring a provider that was sending alarm signals to central stations without putting the information packets back in order first. Without meaning to, major VoIP providers cut off communication between thousands of security and fire panels and their central stations. As much of a hassle as this was for security system owners, this move was well within Comcast’s rights. Both major and minor VoIP providers alike are quite clear in their contracts that they are only required to provide the means for voice communication and that alarm systems and other devices may not work with their systems.

How Can This Issue be Avoided, and What are My Options? 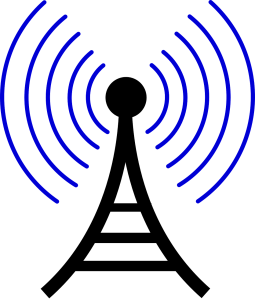 Customers with more than one phone line (usually businesses) will often use one POTS line for communication between their security devices and a central station. While this is more secure than hooking a system up to any type of VoIP service, land lines have their own limitations. POTS lines need a working phone line to communicate. This means that when phone service in the area is down or a burglar cuts a phone line, a security system cannot send signals. A loss of power and phone service often leads to more crime, so this is not an ideal situation. It is also inefficient to pay for a land line solely to connect to your security system.

For these reasons, many business and residential security system owners are hooking their devices up to a cellular dialer such as those provided by Alarm.com, Telguard, and Uplink. These dialers act as a dedicated cell phone for your security system, and do not require a connection to any type of phone line. The only requirement is that there is cellular service where the device is installed, and most cellular devices are available on any of the three major networks (Verizon, AT&T, and T-Mobile).

Cellular dialers have other benefits as well. Many dialers offer automation features such as the ability to turn security systems on and off with a cell phone or computer. Users may receive updates when their system is turned on or off by other others as well. These devices can be used as a backup dialer in case the POTS or VoIP line hooked up to the system fails, or as a primary dialer if there is no phone line present. Many customers have been able to gain more features and cut costs by canceling phone service in favor of a cellular dialer. These factors have made this option increasingly popular with those looking for a reliable and efficient security communication solution.