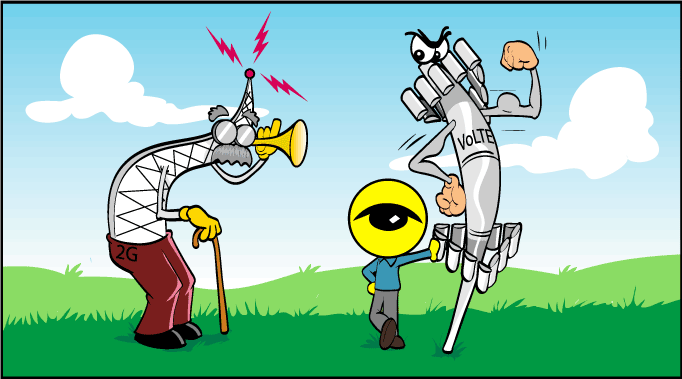 What is the 2G Sunset?

2G refers to the 2nd generation of cellular communication networks that have been in use since 1991.  Since then, most cell phone networks have been upgraded to the much more powerful 3G and 4G technologies (4G is also referred to as LTE or VoLTE by some providers).  Recently, AT&T and Verizon announced that they have even begun testing on the fifth generation, or what’s presumed to be referred to as “5G.”  With each new advancement, the carriers are able to handle more phones and higher speeds.  No one would tolerate the slow speeds of a 2G network for today’s modern smartphones, but 2G has been more than sufficient for the minimal demands of a security system.  The problem for the carriers, though, is they need to clear out the remaining 2G space to make room for the more powerful networks. While there is no way to know exactly when any particular device using 2G will stop working, cell providers will stop supporting all of these devices by January 1, 2017. They’re calling this date the “2G Sunset.”

How does this affect my security alarm system?

Your alarm system has to report back to a central monitoring station, which then dispatches emergency services if required.  Most alarm systems report back to the central monitoring station using either traditional telephone landlines or a cellular communicator (sometimes both).  Knowing if you have a cellular communicator, and which generation, can be very important to ensuring uninterrupted service for your system after the 2G sunset.

I have, or think I have, a 2G communicator. What do I have to do?

Here at Northeast Security Solutions, we keep track of what equipment we install in your home or business and are sending out letters to those who have 2G devices.  If you do have one in your system, the best remedy is to replace the 2G device before the 2G sunset  with the latest 4G version also referred to as “VoLTE.” 4G isn’t going anywhere any time soon, so you’ll be good for years to come.  If you are unsure as to what system you have and want to know if you may be affected, Contact Us at 413-SECURITY (732-8748) and we’ll help you determine if this change affects you.

I think I have a 3G communicator. Will I be affected at all?

The quick answer is, “possibly.” While the 3G network has not been slated to be sunset yet, your system may still be affected by the 2G sunset even if you have a 3G version communicator.   As we mentioned before, the purpose of retiring 2G is make room for newer generations.  With this will come some shuffling of subscribers among the different transmission frequencies.  Some frequencies are more capable of penetrating buildings than others.  This could possibly create a situation where signals are no longer strong enough to work in your building.  If signals begin having an issue getting through, installing a larger antenna can often times remedy the issue, depending on your particular equipment and building properties. ** The best strategy would be to move to 4G if you are to make any change.  This will put you in the best position for stability in the long run.

*Verizon’s 2G sunset is not scheduled to take place until 2021 to coincide with their 3G sunset. AT&T is still scheduled to be sunset by the end of 2016.

**Last two sentences regarding “best strategy” was added to the blog, and were not included in the original version.